THE HISTORY OF
AUSTRALIAN FILM SOCIETIES

Written by John Turner and produced by ACOFS.

This amazing book should be essential reading for everyone involved with …

Get your own copy. Buy it as a gift.
Ask your local library to purchase a copy!

Working steadily and relentlessly for 15 years, the Film Society Movement’s official historian, John Turner, now brings us this very detailed tribute to all those who have participated in the Movement over the last seventy years.

It includes over 50 personalities, 40 film societies, six state Federations and many Australia-wide organisations.

Want to see what is covered in the book?
Download the Table of Contents HERE.

Want to see who is mentioned in the book?
Download the Index of events, people and places – HERE.

(Includes details on how to pay by cheque or bank transfer.) 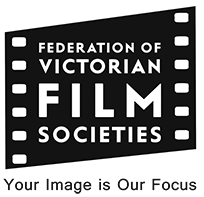 Our fellow ACOFS Federations in each state: